On our Monthly Meeting Zoom for February, we checked out WebSDR and particularly the Utah SDR site.  You can  check out where the site is located on Google Maps. 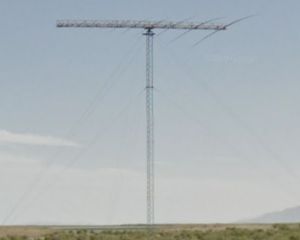 WebSDR is a Software Defined Radio receiver hooked up to a web server so that anyone can access it over the Internet.  We talked a little about the history of the Utah SDR site and then checked out some of the receivers on the site and tried listening in  to some transmissions on various bands.

We tuned in to the .62  repeater and experimented with making a few test transmissions to hear what the received audio sounded like.

Finally, we looked at a couple of other sites, including the one at Half Moon Bay in California and did some comparisons between received signals in  California vs. Utah.

The general consensus was that the WebSDR systems were great resources to experiment with HF listening and getting familiar with what HF sounds like, as well as to test and evaluate our own transmissions, reception, and propagation.  They can also be used as an auxiliary receiver in the shack to help us out when wanting to monitor multiple frequencies at the same time.